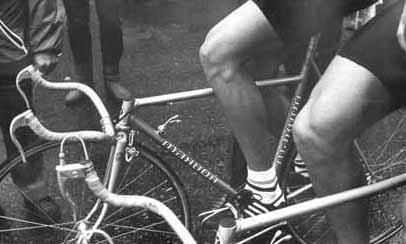 < a href="http://www.bikecult.com/works/archive/03bicycles/takhionV.html"target="_blank">Takhion bicycles were originally designed for the USSR National Team, then supplied to teams of Republics Belarus, Estonia, Latvia, Lithuania, Ukraine and Kirghizia.

From 1981 to 1992, nearly 400 custom bicycles were produced, Several USSR National Championships, and at least one World Championship, have been won on Takhion.